When i was little, i was always on the computer. And through that by youtube, and other various websites, i found anime. Many of these will be from the early 2000s from varying qualities.

Like any kid in the early 2000's, i spent a conciderable amout of time playing flash games, many of them either were from the disney or cartoon network site, or sites like gogirlsgames and (of course) newgrounds. There I started playing dating sim games, one of them based off the show Love Hina. 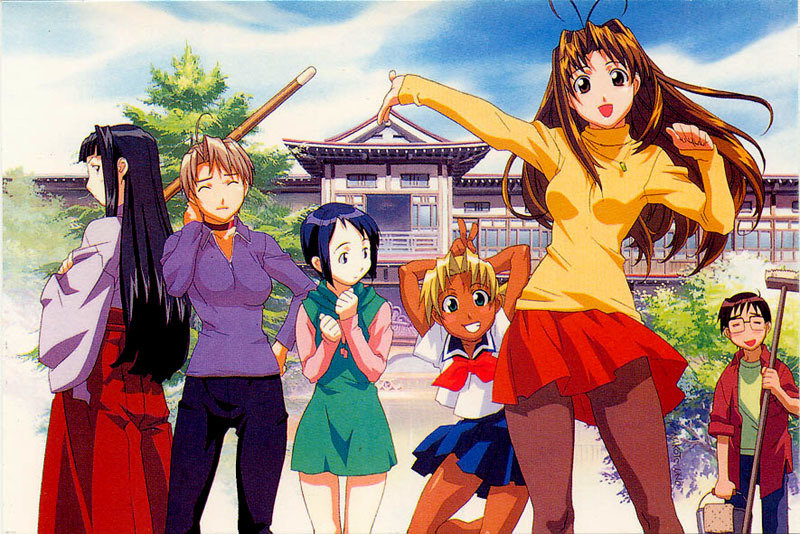 ^^I WILL MAKE THESE SMALLER DONT WORRY UWU^^

HOLY SHIT DO I LOVE THIS ANIME!! I found out about it through this exact fucking video and BOY arn't I glad i did. Heres a mega mega short synopsis:

now for a slightly longer synopsis

I watched this right after i got into princess tutu. I dont really remember how i got into it, but i do remember that i ate that shit UP. even if i started with mew mew power and had to switch to tokyo mew mew for more episodes (which the two are VERRYY different but 10 year old me didnt know that when on youtube).

How I found out about soul eater was kinda stupid. Probably around 2010, I was watching some flipnotes through Flipnote Hatena on my Dsi. I was just watching flipnotes one by one when I see one person had made a variation of the rolling girl meme. All I remember is that it included Maka and the description said:

"Soul Eater is the best anime ever!!